James Bond is 67 years old and performs his most dangerous missions on a lady's bicycle.
He is Terence Cooper, who was James Bond in the mostly forgotten 1967 film ”Casino Royale”.
”I'm the James Bond that fell into oblivion. I'm not famous as Sean Connery, George Lazenby, Roger Moore or Timothy Dalton, but I am proud to be among the men who have portrayed Agent 007 through the years”, Terence Cooper says.
He is now a respected nature and bird painter in Northern Australia, and reconciling the large tan middle-aged man who wears a sarong around his ample girth to the physically fit womanizing 007 with a licence to kill requires quite a leap of the imagination.
”Casino Royale” was a spoof and should have done better judging solely by the cast: David Niven, Ursula Andress, Orson Welles, Charles Boyer, William Holden. Even a young Woody Allen appeared in a supporting part.
But the rest was chaos. The production spanned four years with various directors coming and going and a script that was in constant flux.
The film roughly concerns the retired Sir James Bond (David Niven) returning to active duty to prove that he is indeed the world's greatest spy. He is however faced with several young 007 impersonators of whom Terence Cooper was the most prominently featured.
Cooper is English [Northern Irish, ed.] and has lived both in the US and New Zealand until a TV series brought him to Australia.
Although Cooper no longer harbours any film ambitions he is still able to deliver a few juicy tidbits – but can also be discreet.
”Ursula Andress was cold and snobbish, [Peter] Sellers always chased the girls around, Niven was very funny and never spoke ill of anyone, Orson Welles was a true gentleman.”
He is still in touch with a lot of actors and considers Sophia Loren a friend.
”I could tell you interesting things about Sophia and her affair with … but I'd better not,” the big guy says with a laugh.

Courtesy of Karen Glahn – karenglahndesign.com
Translated by Brian Iskov for James Bond•O•Rama.dk - Do not copy or reproduce without express permission 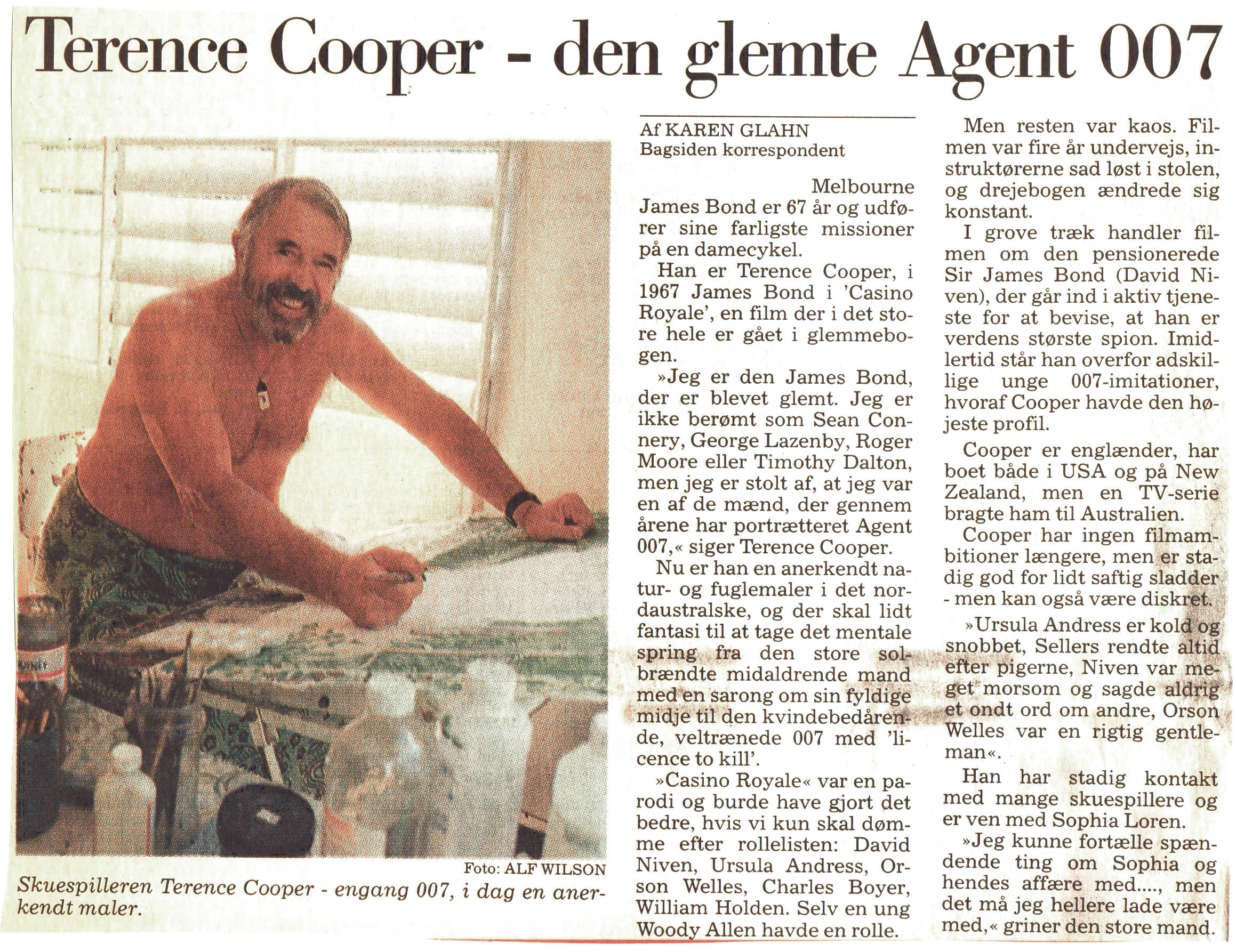