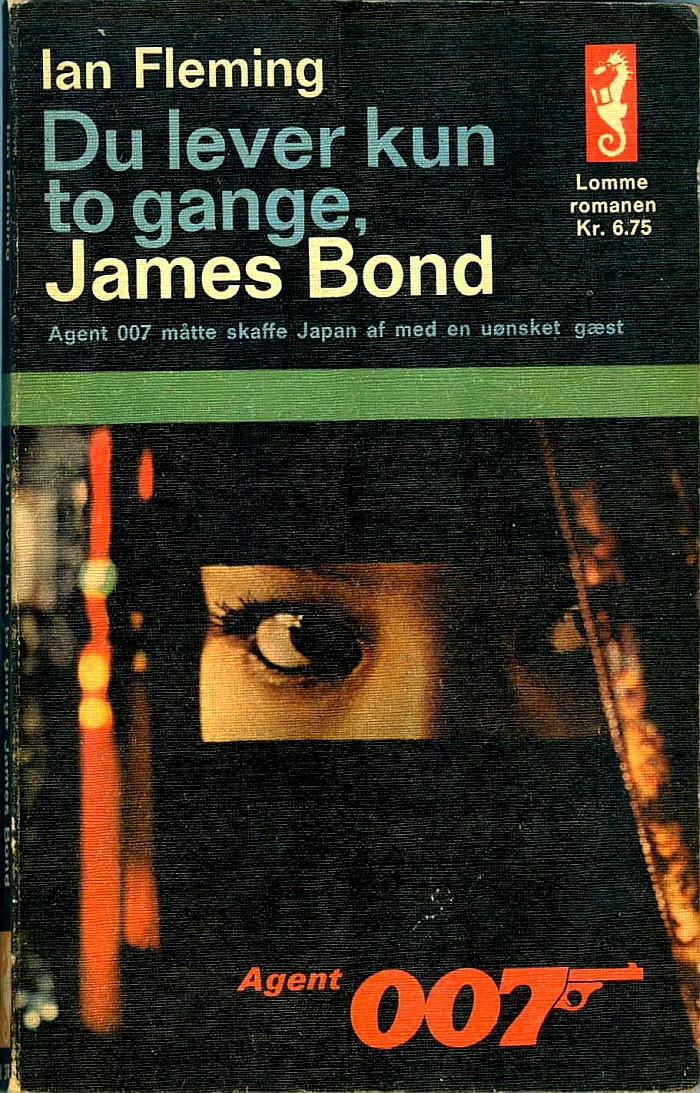 Ian Fleming's twelth James Bond novel was the tenth to be published in Danish. 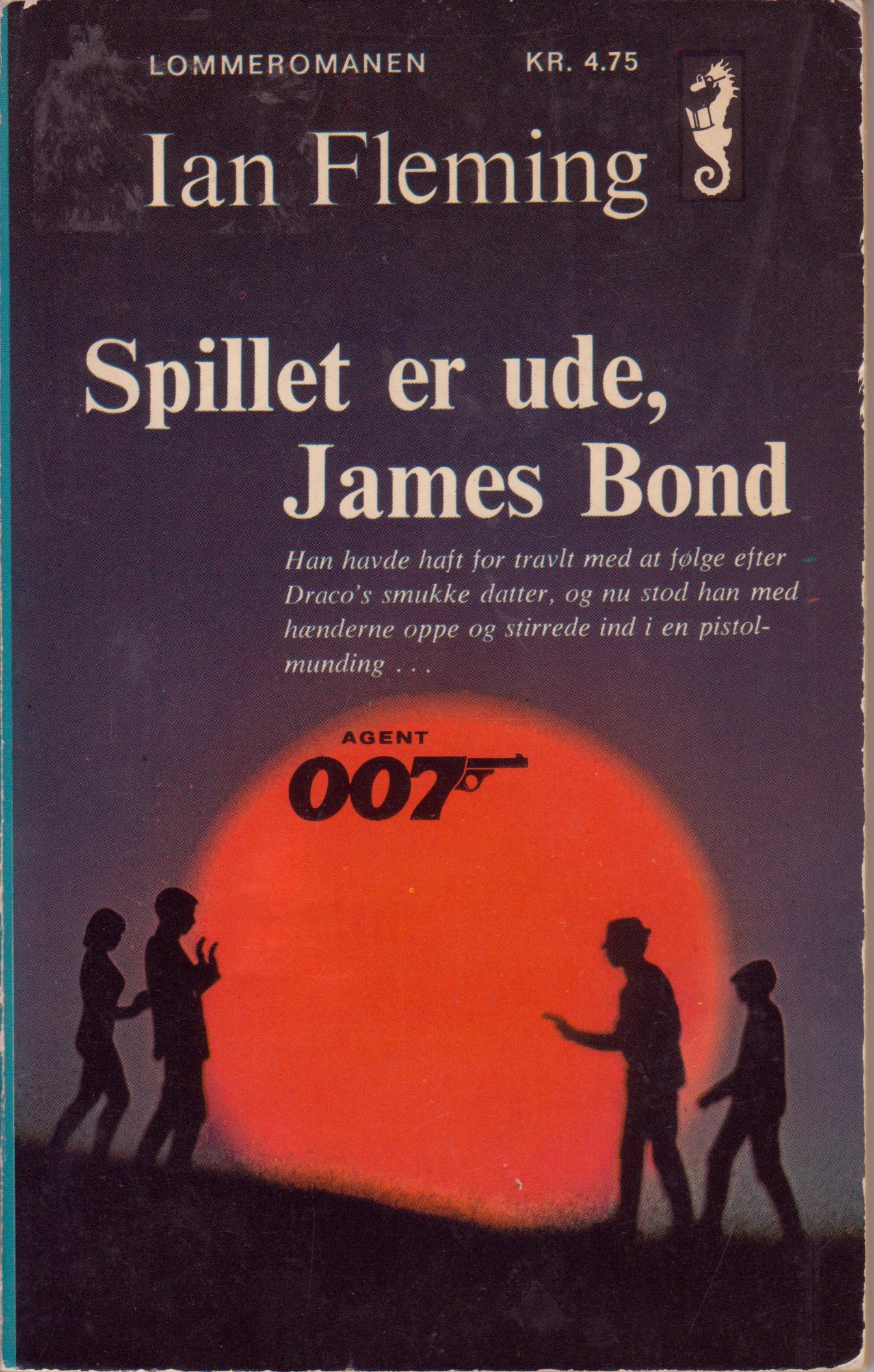 Ian Fleming's eleventh James Bond novel was the ninth to be published in Danish. The title translates as "The game is up, James Bond".

Note: Rita Damm's Danish translation is heavily abridged, although the cover and masthead fail to mention this. Claus Johansen's retranslation from 2002, published by Forum as "I Hendes Majestæts hemmelige tjeneste", is the only complete version of Ian Fleming's text in Danish. 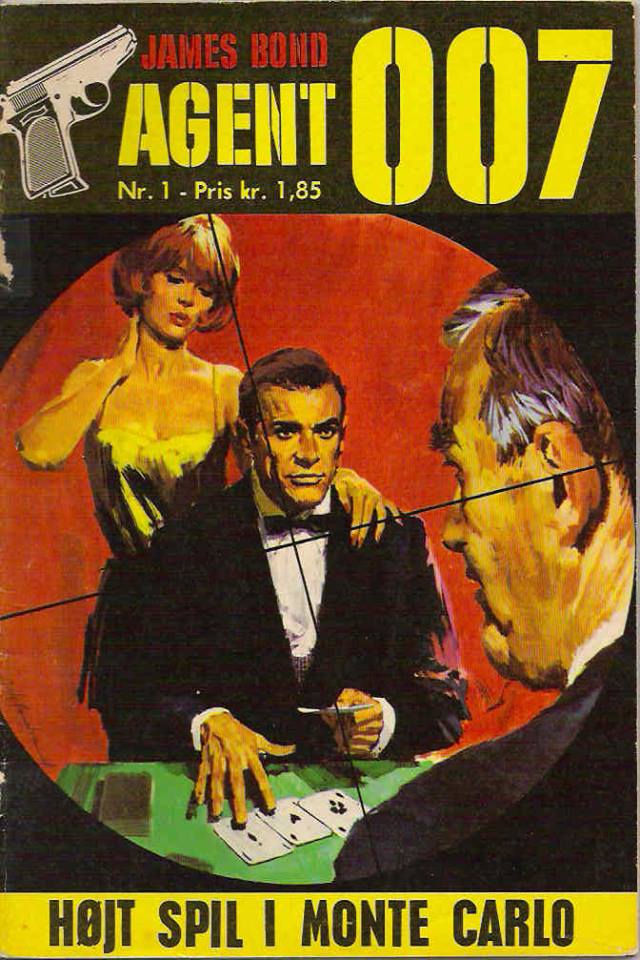 Note: This was the first issue of the Danish "James Bond Agent 007" comic book, which was simultaneously co-published in Norway and Sweden.

66 issues, plus a one-off re-issue of the "Moonraker" comic adaptation, were published from 1965 to 1983. All issues except no. 65 contain newspaper strips from The Daily Express, edited and reformatted into portrait magazine format. The filler material is mostly Spanish-produced horror and detective comics (by Barton Art among others).

From 1983 to 1984, an additional seven issues were published in Denmark under the new title "James Bond". These issues featured newly produced James Bond material commissioned by Semic in Sweden.