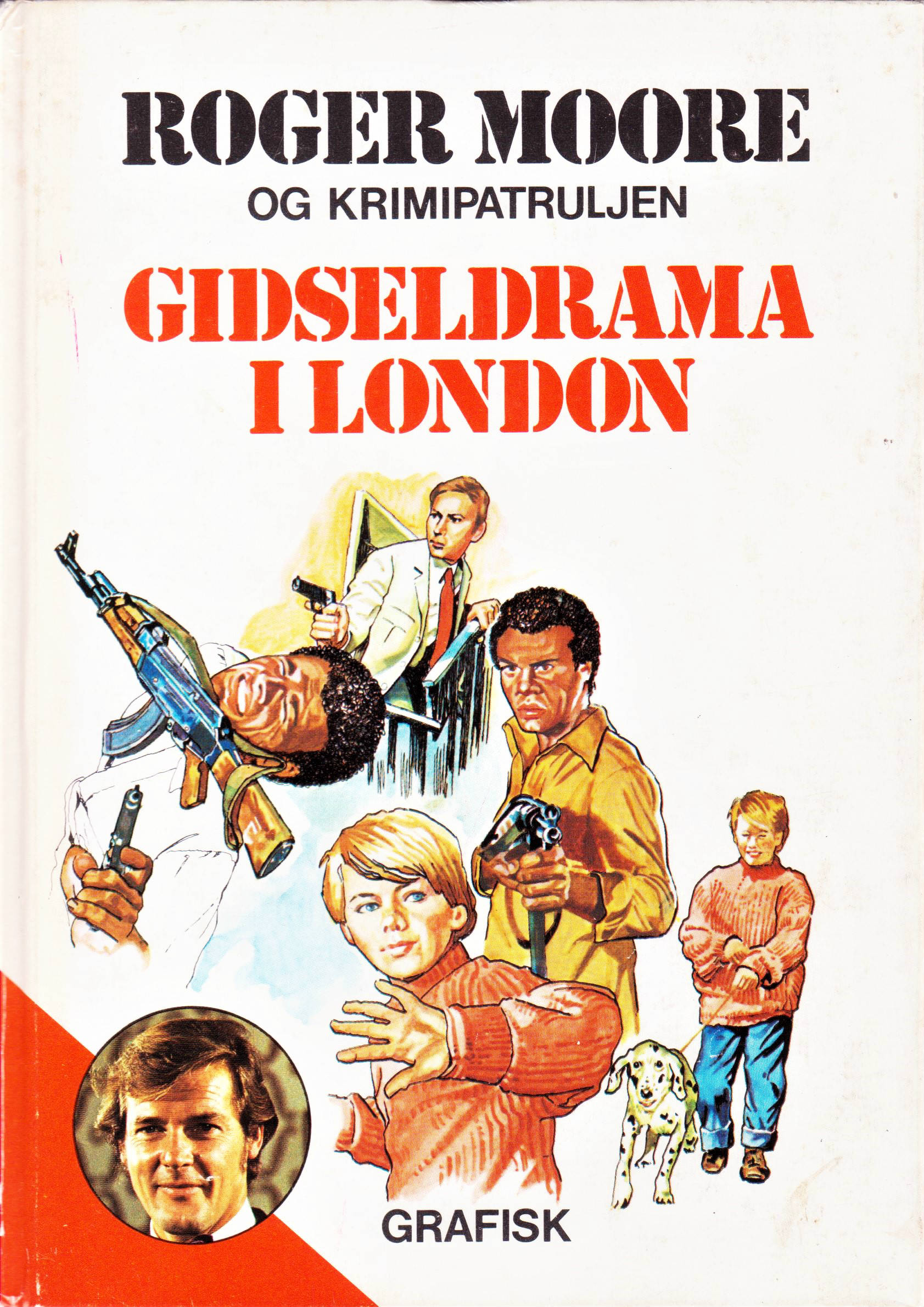 In later books Roger Moore's participation is confined to the very last chapters in which the kids meet up with him to chat about their latest exploits in the Crimefighters club. Some might say that putting Moore's name in capital letters above the title borders on false advertising; each front cover also had a colour still of Moore from the early 70s in the lower left corner, as per the Hitchcock book series.

Did Roger Moore personally approve these stories? Did he ever read any of them? Or did he just sign on the dotted line? Unfortunately we will never know. It is said however that he donated all his royalties from the book sales to a couple of charities, Stars Organisation for Spastics as well as the Police Widows and Orphans Fund.

In the United Kingdom the readers of "Roger Moore and the Crimefighters" were invited to join The Crimefighters Club which basically meant receiving a membership card, a fanzine and the slim chance of meeting Roger Moore in person. In Denmark, the publisher Grafisk Forlag produced a series of three-colour stickers which were given out for free in book stores at the time.

The first two novels in the Danish series, ”Gidseldrama i London” and ”Spioner til søs”, were also serialized in the weekly comic magazine ”Tempo” published by Gutenberghus in 1978-79.