● When Rosa Klebb (Lotte Lenya) and Kronsteen (Vladek Sheybal) are reporting to their leader Ernst Stavro Blofeld (Eric Pohlmann) on a SPECTRE boat, he is sitting at a desk created by Danish furniture designer Bodil Kjær (born 1932).
Cabinetmakers E. Pedersen & Søn produced the free-standing working table from Pao Ferro wood on a chromium-plated steel frame. Kjær originally designed the desk in 1959 as part of the "Office Units" collection for the Massachusetts Institute of Technology. This very fotogenic example of Danish Modern later found its way onto the silver screen in "You Only Live Twice" (EON 1967) and "On Her Majesty's Secret Service" (EON 1969). Allegedly, both Sean Connery and Michael Caine privately owned Bodil Kjær desks. Today a company called Karakter Copenhagen is still manufacturing the Office Desk albeit in oak or walnut with an aluminum frame. 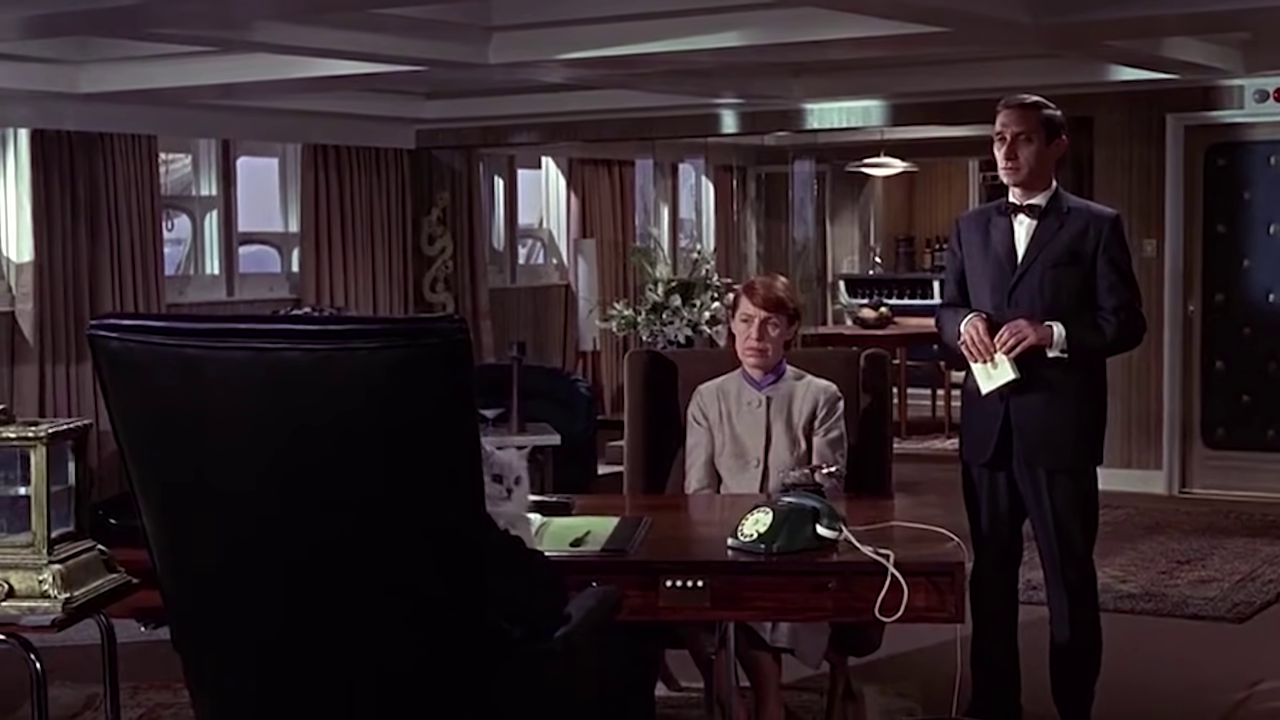 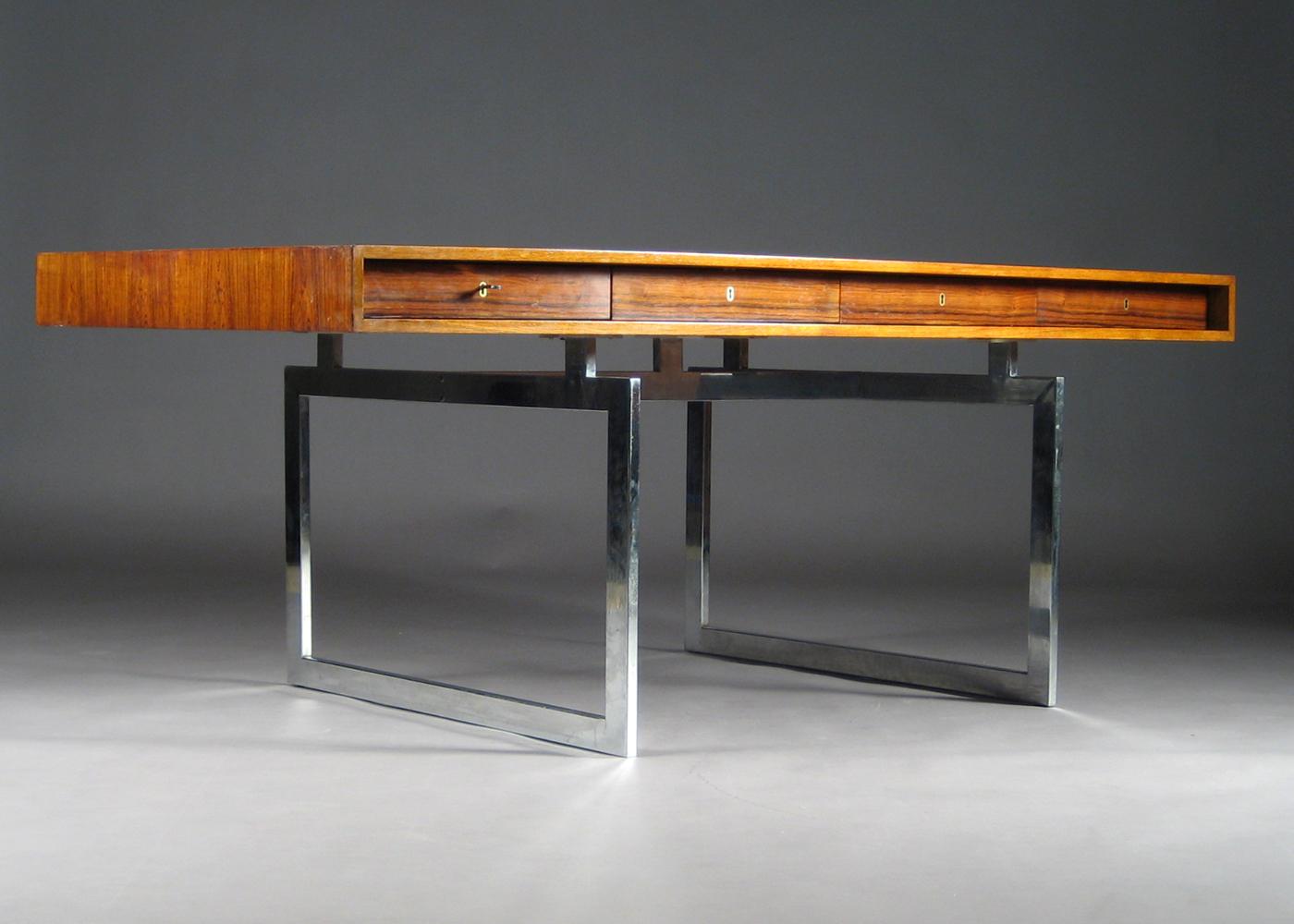