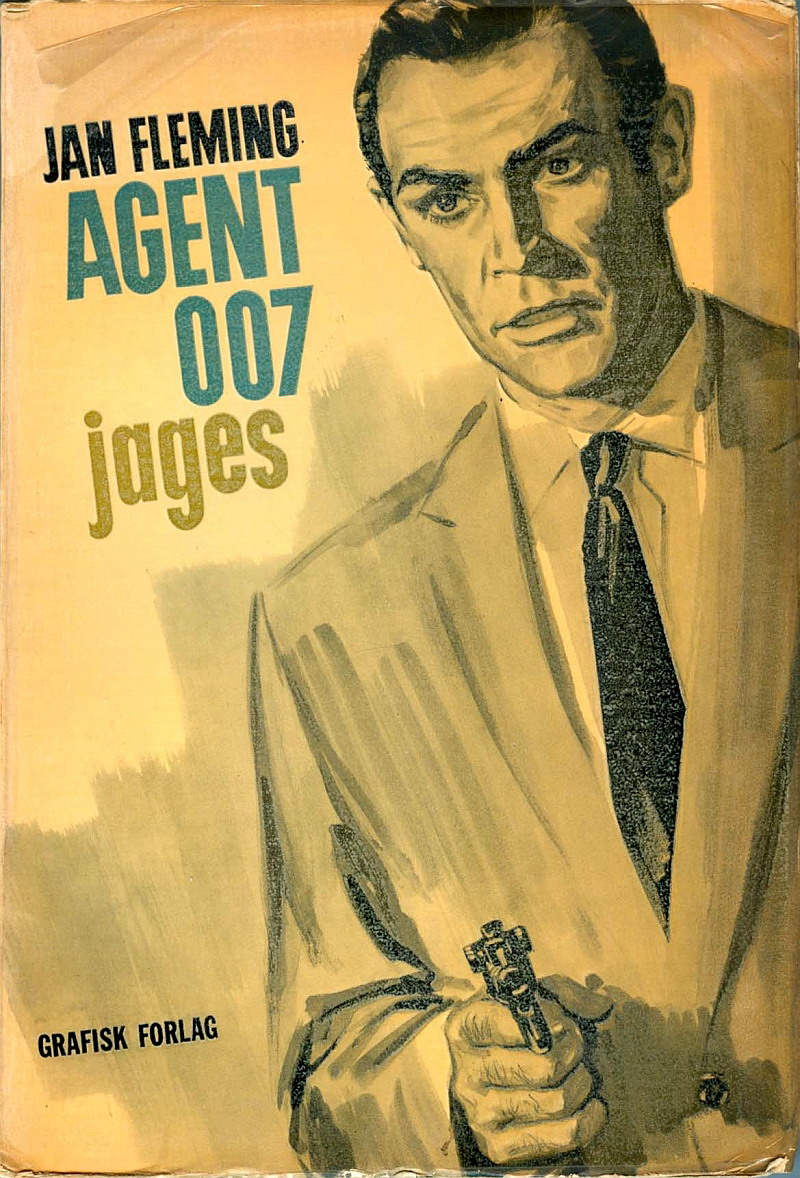 Ian Fleming's fifth James Bond novel was the eighth to be released in Danish. 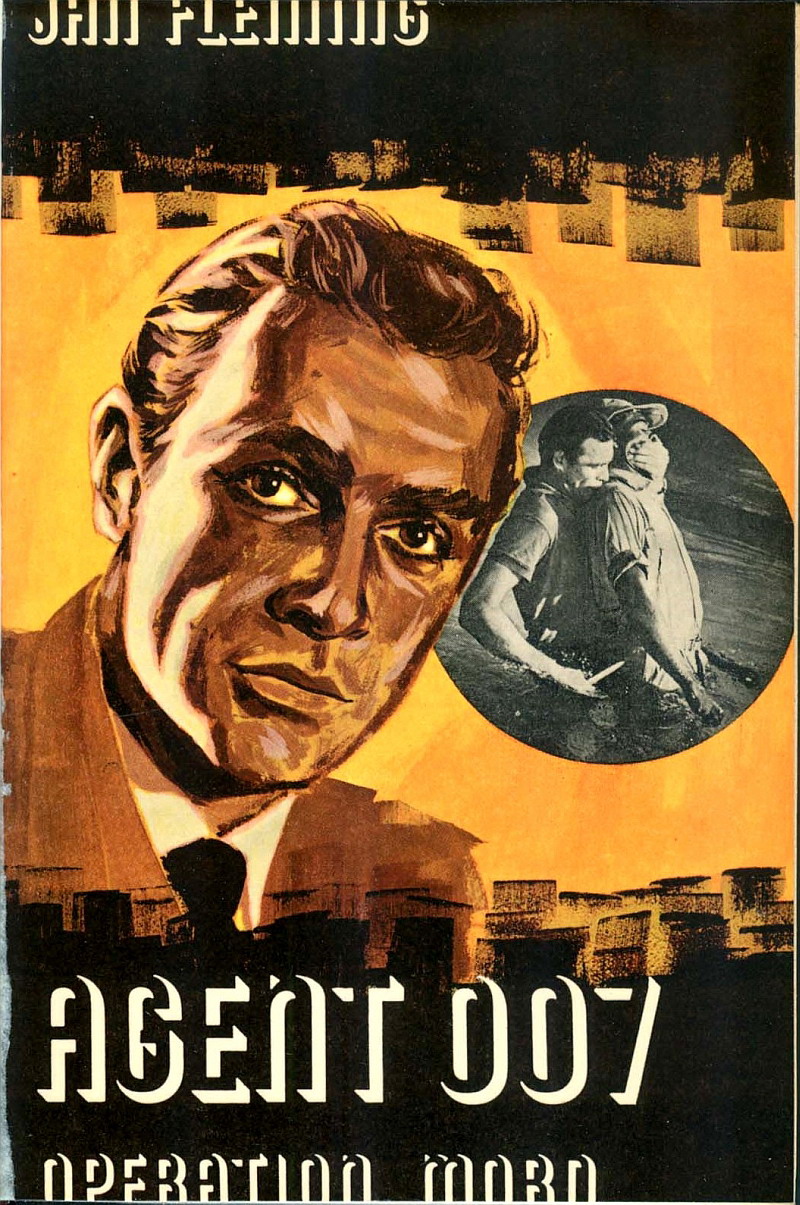 Ian Fleming's sixth James Bond novel was the seventh to be published in Danish. For the first time, Sean Connery's likeness is featured on the cover art. The photo insert is a still from EON Productions' film version of "Dr. No", released in Denmark the same year as "Agent 007 mission: drab".