The ninth cassette in the series was "The Man with the Golden Gun" (EON 1974):

END_OF_DOCUMENT_TOKEN_TO_BE_REPLACED 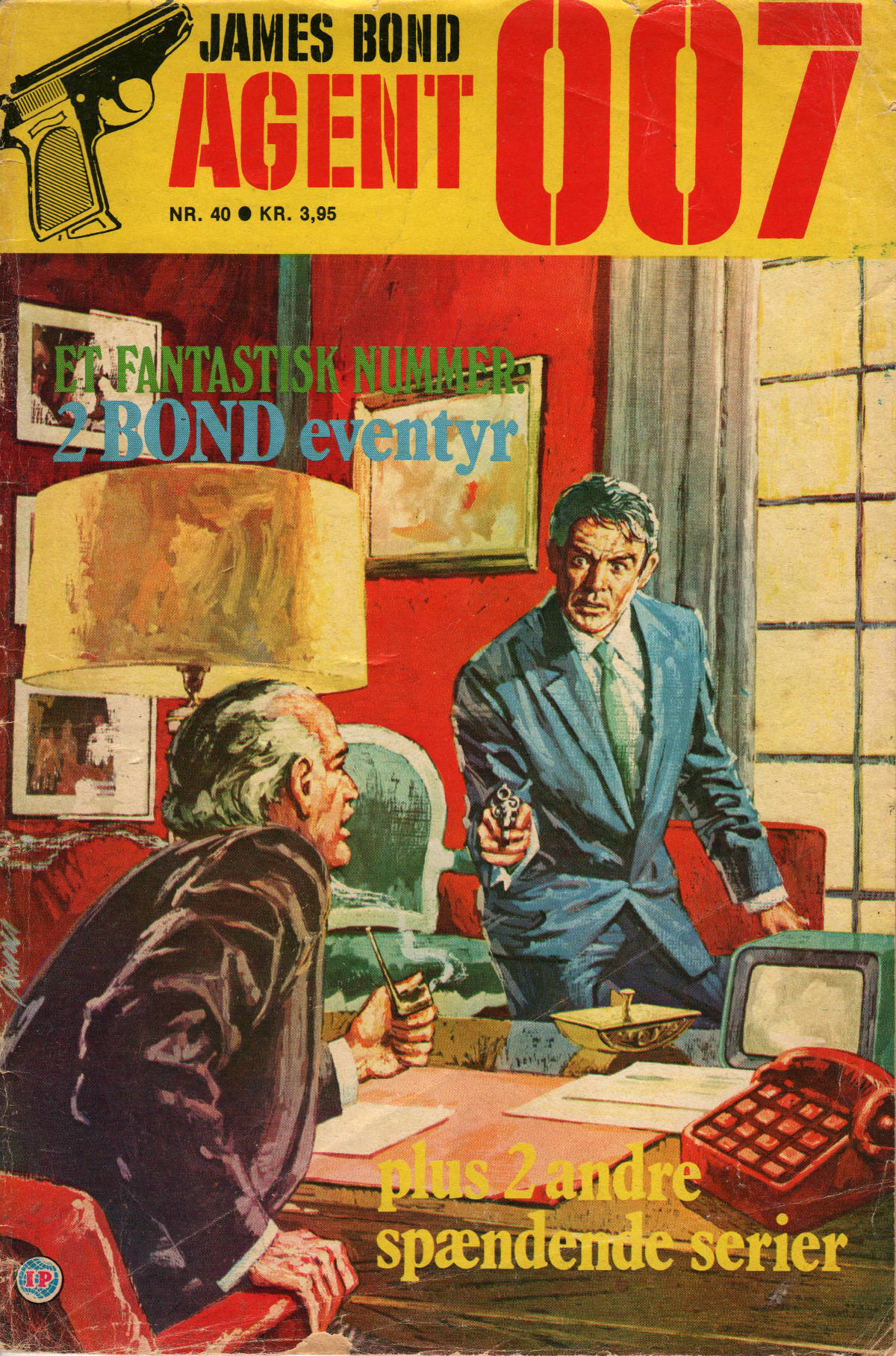 END_OF_DOCUMENT_TOKEN_TO_BE_REPLACED

The original Danish theatrical poster for "The Man with the Golden Gun" (EON 1974) was based on the film's international poster campaign with artwork by Robert McGinnis.

The tagline reads: "AGENT 007 - for the ninth time", thus discounting Columbia's "Casino Royale" (1967). Note that the name Christopher Lee is misspelled on the release poster: 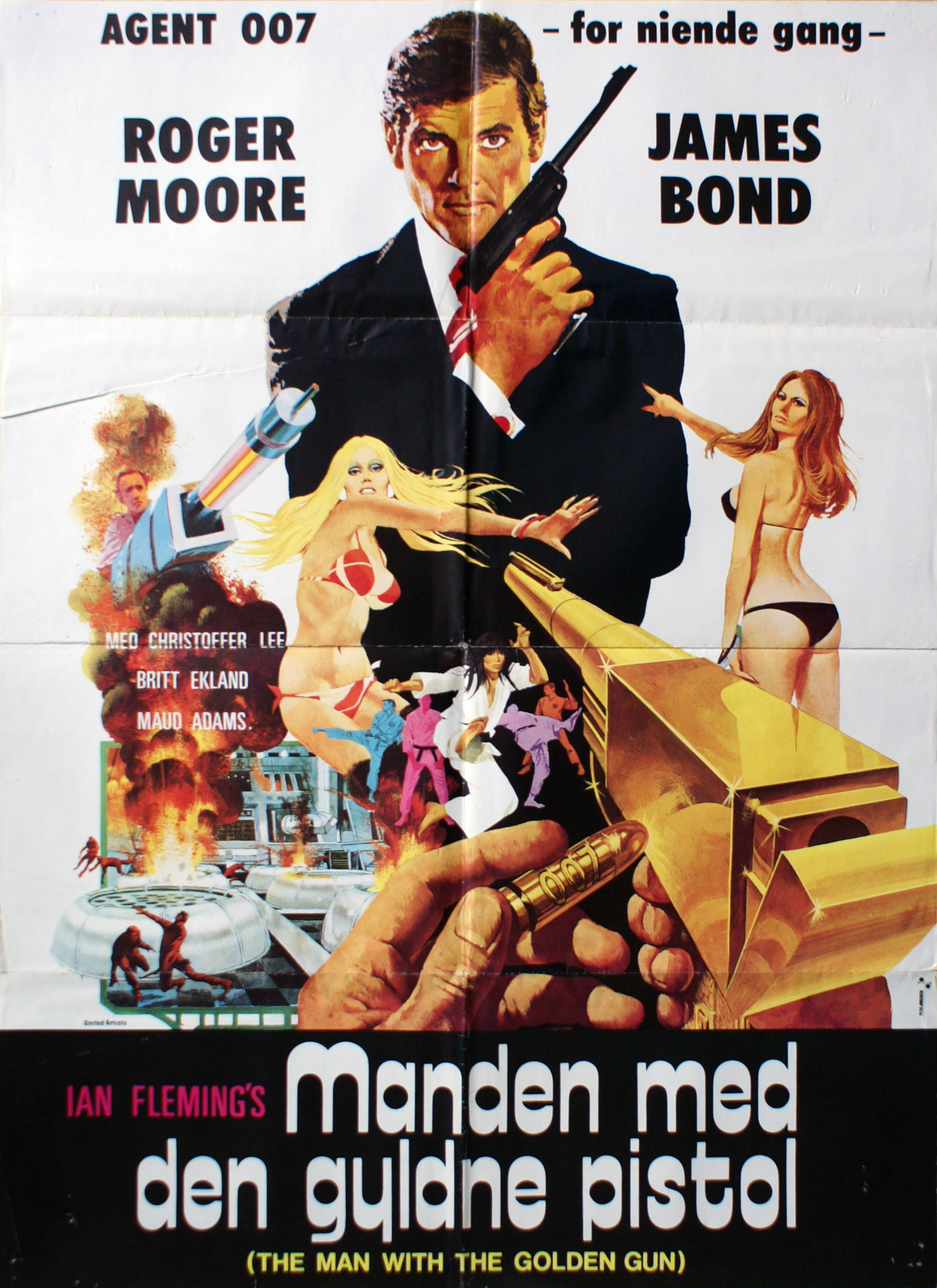 END_OF_DOCUMENT_TOKEN_TO_BE_REPLACED

His film career spanned 70-plus years and several hundred parts, one of which was of course Francisco Scaramanga in EON's James Bond 007 film "The Man with the Golden Gun" (1974). Christopher Lee also had the distinction of being Bond creator Ian Fleming's step cousin.

Christopher Lee had ties to Denmark as well through his wife of 54 years, the artist and ex-model Birgit "Gitte" Krøncke. On pages 196-199 of his memoirs "Lord of Misrule", published in 2003 by Orion Publishing, Christopher Lee recounts his first date with Gitte Krøncke in 1960, their first Christmas together in Copenhagen, their eventful engagement night at the Tuborg brewery, and their visit at film distributor Preben Philipsen castle Nakkebølle on Funen:

END_OF_DOCUMENT_TOKEN_TO_BE_REPLACED 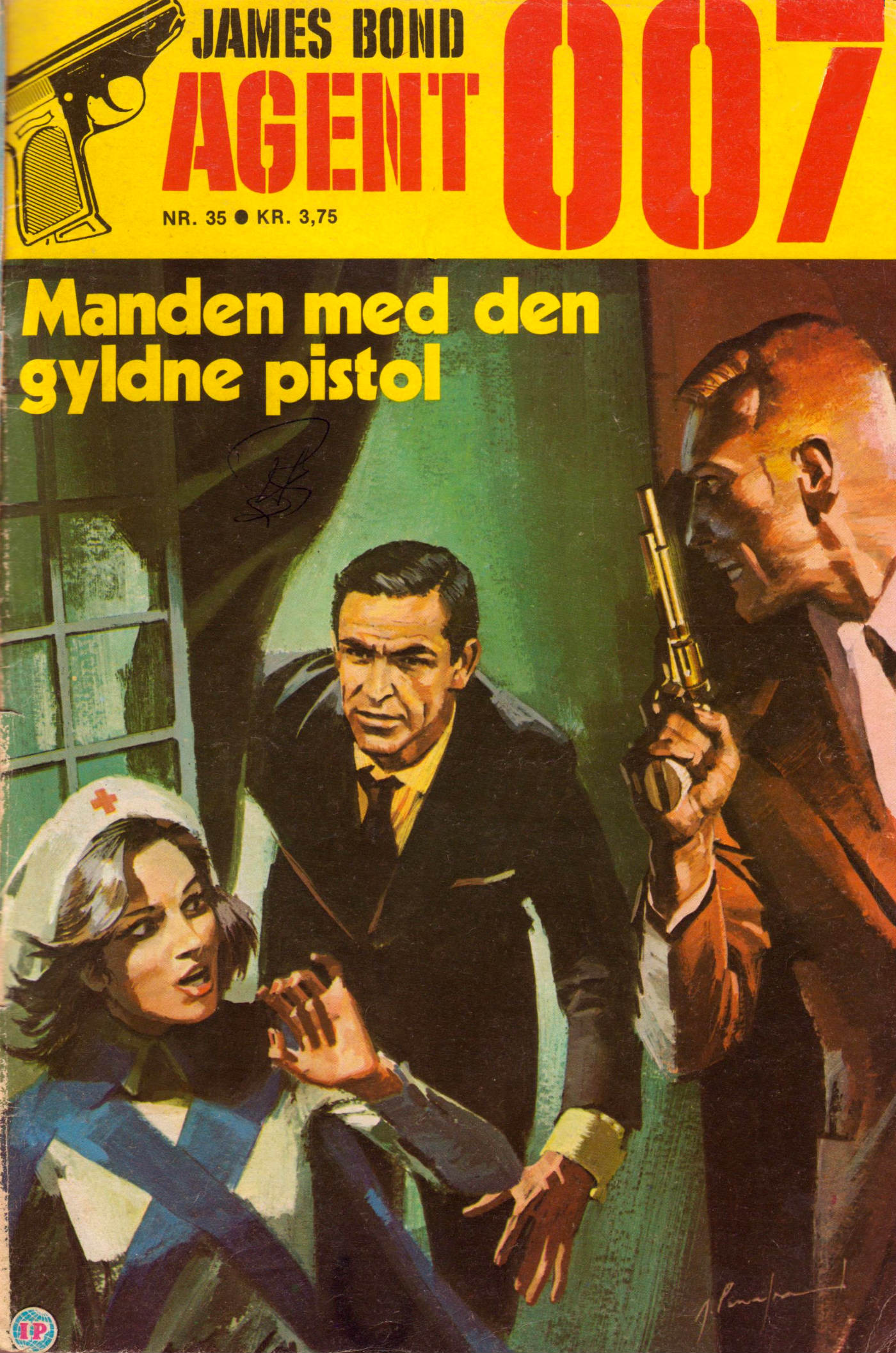