The VHS cover below is for the first Danish rental of "You Only Live Twice" (EON 1967) released in 1986. The front cover is adapted from Frank McCarthy's artwork for the international theatrical campaign.

The back cover blurb erroneously names "From Russia with Love" (EON 1963) as the previous film in the series and claims an actor called "Ernest Stavre" to be the voice of Blofeld. 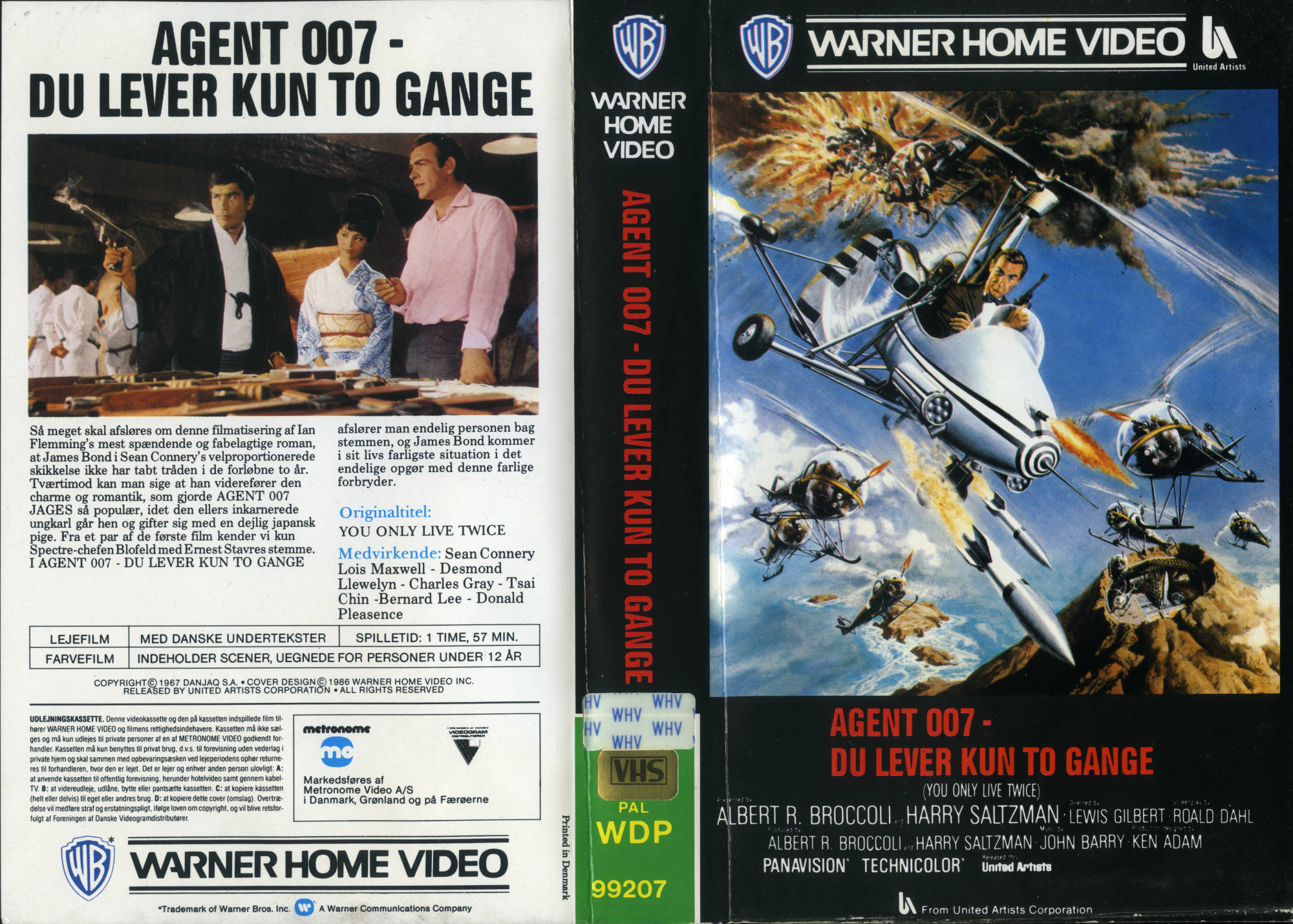 The poster was also printed in a variant with metallic spot colour.

These are United Artists' original Danish ad sheets for "You Only Live Twice" (EON Productions 1967).

The press book was distributed to Danish cinema owners to mark the film's theatrical release in September 1967.